When you think about the arc of climate change awareness and action in this country, it’s hard not to put former Vice President Al Gore’s “An Inconvenient Truth” film -- which hit theaters back in 2006 and has “An Inconvenient Sequel: Truth to Power” coming out August 4, 2017 -- among the most important events.

But the most powerful aspect of the movie and its legacy today isn’t the box office success, critical acclaim or the Academy Awards. It’s the movement it inspired. I recently saw a sneak preview of  “An Inconvenient Sequel: Truth to Power” and have faith that it, too, will move the needle at a critical moment for our planet. 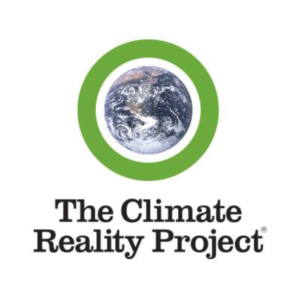 One of the countless people inspired to act more than a decade ago in the wake of “An Inconvenient Truth” is Keith Bergman, a volunteer with a longtime volunteer with the Climate Reality Project founded by former Vice President Al Gore in 2006.  Keith is also in his third decade as a municipal manager in Massachusetts, currently as Town Administrator in Littleton, MA. Keith also serves as board president of the Metropolitan Area Planning Council. Over the past decade I’ve had the pleasure of working with Keith, and he recently joined me for an episode of my SAS Talk with Kim podcast series to find out more about these movies and the Climate Reality Project.

Listen to our conversation. 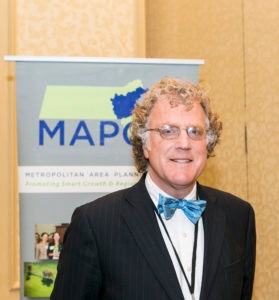 Keith was one of the first 50 people trained back in 2006 when Gore founded both the Alliance for Climate Protection and The Climate Project (which eventually became The Climate Reality Project). To date more than 12,000 have been trained to give the slideshow over the course of 35 trainings. And there are still more opportunities.

The next Climate Reality Leadership Corps training is in Pittsburgh, October 17-19, 2017; the deadline to apply is September 12, 2017.

Keith talked a bit about the evolution of the Climate Reality Project and the trainings. In the beginning the focus was on the slideshow and guiding people how to tell the story of climate change and climate science, the impacts and the actions we could take. These days, the Climate Reality Project is much more about active leadership, taking action in your own community, and how to be an effective advocate.

For Keith, who has decades of experience and education in local government and planning, the original film and training helped him define his role as a public official.

When “An Inconvenient Truth” came out back in 2006, I was already neck-deep advocating for climate change solutions and local actions in my role at ICLEI. But I noticed right away the spark it caused for people -- many of them local government staff and elected officials.

Unlike the breakout film, which focused a lot on the basics of climate science, “An Inconvenient Sequel” offers more of a behind-the-scenes look at diplomacy and negotiations. Giving the viewer a front seat to experience how challenging it is to get all major countries on board. Watching it the other day really energized me. The film makes clear that we are not doing enough fast enough. We need to taking bold steps in our personal and professional lives

And I definitely recommend that you grab some friends and colleagues and go see “An Inconvenient Sequel” in the theaters.  It will remind you how far we’ve come since “An Inconvenient Truth” made headlines a decade ago, and it will be a wakeup call that we still have a long way to go with an important role for each of us to play.

And be sure to take a listen to my podcast with Keith.