The frequency and severity of flooding are on the rise in the age of climate change, and in no place is that more apparent than Houston -- a city that is watching Hurricane Harvey barrel towards it even as it still dries out from other heavy rains and flooding.

I talked recently with Jim Blackburn, a Houston lawyer, Rice University professor and flooding expert, for an episode of my podcast, SAS Talk with Kim: Sustainability Action Series. 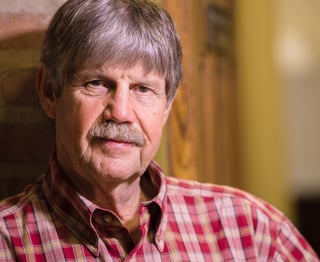 Jim also serves as Director of the Interdisciplinary Minor in Energy and Water Sustainability, is co-director of the Severe Storm Prediction, Education and Evacuation from Disasters (SSPEED) Center, and is a Faculty Scholar for Energy Studies at the Baker Institute.

It’s definitely worth a listen to hear Jim’s insights. We cover some of the following:

We did a deep dive into Houston’s ongoing flooding challenges in a blog post last year.

Preparing for the podcast with Jim and researching for the blog post, I discovered some fascinating -- and concerning -- statistics about flooding in Houston:

Take a listen to my chat with Jim. Even if you don’t have the epic flooding challenges that Houston has, most communities have or will deal with it to some degree and it pays to be prepared.

We’re thinking about Jim and everyone in Houston with Hurricane Harvey.