Columbia, MO, Aims to Beat the Heat with Community Mapping

But first, we created a short quiz for you to test your extreme heat knowledge.

Whether you take the quiz or not, ace or bomb it, know this: heat is a killer. And it’s only getting worse. You don’t have to live in the desert Southwest to know this.

Our clients in the Northeast often share data from Climate Central with their community members that show summers in 2100 in the Boston area will feel more like present-day South Carolina.
An emerging “extreme heat belt” that stretches from Texas to Illinois could see the heat index reach 125F at least one day a year by 2053.

The heat index is part of the reason cities in the South and Northeast are taking extreme heat seriously. “The heat index, also known as the apparent temperature, is what the temperature feels like to the human body when relative humidity is combined with the air temperature.”

This is why people say “but it’s a dry heat” when they see Las Vegas temps in the 110s at the same time they won’t walk outside in Boston when it’s 90 but the heat index is 100. It feels different and has different impacts on your health.

Fortunately, cities aren’t just sitting on the [scorching hot] sidelines. As we wrap up the summer, we’re shining a light on KLA client Columbia, Missouri. That might not be a place you see in headlines like “Phoenix hits 115,” but extreme heat has proven to be expensive, dangerous and, ultimately, deadly in every part of the US.

Have you ever been in an urban area with few trees or shaded shelter and abundant concrete on a hot summer day? And then you make your way to a leafy park and think “it must be 10 degrees cooler here”! You’re probably right.

Cities need evidence of that and enlist volunteers for “heat mapping” projects where people driven around on a specified day and time to collect heat data to help identify the hottest and coolest parts of town.

Heat mapping campaigns are not new. Columbia conducted theirs on August 6, and fellow KLA client Clark County, Nevada, did theirs August 13. There are plenty of reasons they are so popular. 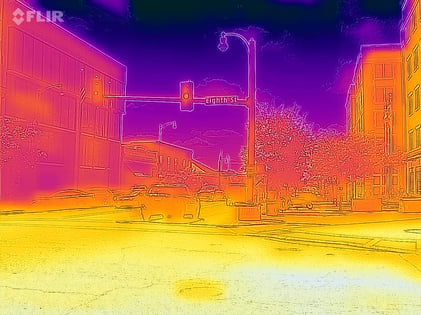 It’s an opportunity to educate the community about urban heat and engage them in a meaningful way to be part of “citizen science” and making their community more livable and resilient. The data collected is used to raise awareness of a community’s vulnerabilities, create maps and heat action plans, inform decisions like where to add cooling stations, bus shelters and trees and guide future development decisions.

You can learn more about heat and health at Heat.gov which helpfully told me at the time of this writing that 61 million Americans were under a heat alert.

Like many cities, Columbia worked with CAPA Strategies, the creator of the Heat Watch framework and the sensor equipment used to collect the data. This project required 36 volunteers to drive 1-hour, predetermined routes across the city. They received over 200 volunteer interest forms and had more than double the number of volunteers needed to run the campaign on our backup list on the day of the campaign. To engage the volunteers that were not selected to drive a route, they hosted a "Launch Party" on the morning of campaign day. This included food, information about heat and trees, launching a weather balloon, and hiring a local artist to guide a community mural depicting ideal city streets concerning heat mitigation and livable streets.

The goal wasn’t just to get bodies to drive cars around town. Their promotional efforts were targeted to engage the people most likely to be affected by urban heat to build awareness of the issue and build relationships between the City and community so we may work together to develop solutions to urban heat after collecting the data.

How did they choose who to target? Columbia’s Community Conservationist and lead for the Show Me the Heat campaign, Danielle Fox, explains:

“We used the Urban Drawdown Climate Smart Cities tool to explore the socioeconomic and environmental landscape of our community. This tool includes map layers of U.S. Census data, urban tree canopy, satellite-derived heat anomalies map, and more. Using this tool, we were able to narrow our focus on the census tracts or neighborhoods that have the least amount of tree canopy, more impervious surfaces, a high number of black and African American households, and a high number of low-income households. We used other tools such as the Environmental Protection Agency's EJ Screen Tool and the Council on Environmental Quality's Climate and Economic Justice Screening Tool to overlay the results of the Urban Drawdown Climate Smart Cities tool to inform about the pollution these places experience. This gave us a good picture of where to hang flyers and connect with neighborhood associations, local organizations, and community leaders to recruit volunteers.”

In addition to targeting their marketing efforts, they also provided stipends for people's time and use of their personal vehicle ($50/navigator, $75/driver). Offering stipends makes projects like this more accessible to people that may otherwise not be able to participate.

Once they have the results, they will share them with the public online and in person via webinars and community meetings. A stakeholder coalition will then use the data to decide which neighborhoods should be prioritized for urban heat mitigation projects.

Funding was a huge differentiator, allowing them to recruit volunteers with a substantial stipend, provide food at public meetings, and host a launch party. Show Me the Heat was funded by the City of Columbia, MO, and grants from the Urban Sustainability Directors Network and the National League of Cities. 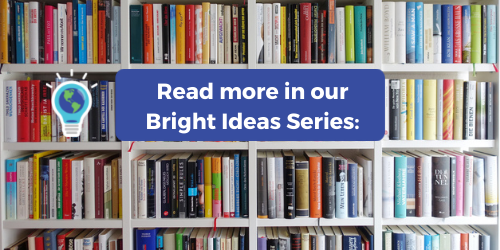