Members of the KLA Team Speaking, Accepting Awards April 30-May 3

The American Planning Association (APA) National Planning Conference (NPC) was long a staple on KLA's presentation circuit. From Phoenix in 2016, through New York, New Orleans and San Francisco, we had booths in the exhibit hall, spoke at countless sessions, attended amazing events and receptions, loaded up on best practices, and connected with previous and future clients among hundreds of others. Alas the NPC we had most been anticipating was 2021 on our home turf in Boston -- especially when we found out we won the 2021 Leadership in Sustainability Award -- was held virtually.

But now we're pumped to head back in person to #NPC22 in San Diego. If you or a colleague will be there, here are 4 ways we would love to catch up:

END_OF_DOCUMENT_TOKEN_TO_BE_REPLACED

5 Ways to Tap Into Your Community's Earth Day Momentum 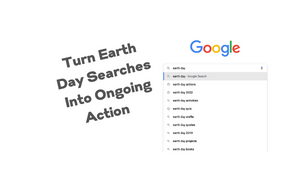 For local governments, engaging the community is key to achieving climate goals, and Earth Day is one of the best opportunities to get people to take action. That’s especially true right now when the recent headlines – like USA Today’s "'It's now or never': UN climate report shows globe is on 'track toward an unlivable world'"-- are driving awareness and, ideally, action.

The next few weeks are when people will be searching online for ways to "go green." It's when you have the chance to convert someone looking for a one-time litter or river clean up into a regular participant in your climate programs.

Earth Day can be a springboard for climate action in your community.

But you can't do this if people need a PhD to understand the challenges your community faces and where you're headed. Or if they have to navigate a typical local government website to find the most effective actions. Don’t lose the Earth Day momentum!

END_OF_DOCUMENT_TOKEN_TO_BE_REPLACED

Strong women: May we know them, be them, raise them and WORK WITH them 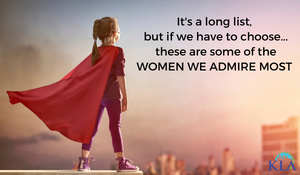 END_OF_DOCUMENT_TOKEN_TO_BE_REPLACED

Heat Pump Coaches Get Residents -- and Climate Goals -- to Yes

Heat pump coaches in Concord, MA, help meet a climate goal:
getting homeowners to transition to efficient heating and cooling

“Why You (and the Planet) Really Need a Heat Pump.” We saw this headline the other day and our minds went to KLA client Concord, MA.

Like many communities sifting through data to identify the biggest-bang-for-your-buck ways to slash greenhouse gas emissions, getting more residents to switch to heat pumps emerged for Concord as a top strategy. But the process of transitioning a heating or cooling system to a new fuel source – plus choosing the right equipment and installer -- can be daunting for people. To begin with, don’t assume that heat pump technology and the benefits are common knowledge. In fact, a recent survey done by the Massachusetts Clean Energy Center (MassCEC) found that 50% of Massachusetts residents do not know what heat pumps are.

So it wasn’t surprising that in Concord the uptake of heat pumps to meet climate action goals was happening too slow and needed a nudge.

That nudge comes in the form of a coach.

END_OF_DOCUMENT_TOKEN_TO_BE_REPLACED

How an Employee Climate Training Program Can Boost Engagement and Action 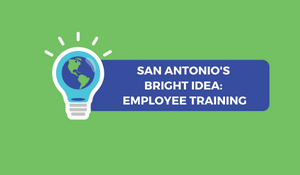 A key but often overlooked strategy for local climate action plans is a training program for city/town/county employees to raise awareness of climate challenges and solutions among an important audience.

That wasn’t lost on KLA client San Antonio, which included “educate and empower all residents with knowledge to address climate change in the community and at the workplace” as a strategy in their Climate Action and Adaptation Plan. And they’ve already made good on that promise through a robust and ongoing employee training program.

For a city that employs 13,000 people, leading by example can make a big dent.

END_OF_DOCUMENT_TOKEN_TO_BE_REPLACED

Whether it feels like it or not, 2022 is a NEW year! It's a chance to renew your individual and community commitment to aggressive climate action. And we've got you covered with the following free resources:

END_OF_DOCUMENT_TOKEN_TO_BE_REPLACED 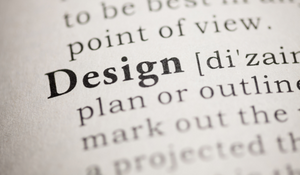 Don't Let Design of Your Plan

You’ve dedicated significant time and energy to your climate or sustainability plan, and you want it to show. Long after the months of community outreach, stakeholder meetings, technical analysis, internal wrangling and final launch, this the final stamp you’ve left – how it will be remembered.

You want a professional product that reflects the process that it took to get there. A plan that tells the story of your climate and sustainability journey and goals in a visual way that spurs action.

Which is why the design of your final plan actually needs to start on day one and be integrated throughout. When we say “design” we mean both the creative piece (icons, images, etc) and the content organization.

At KLA we work with several design consultants to deliver our clients’ plans and other design needs, and we chatted recently with one of them – Terri Courtemarche of Scouter Design – to pull together 15 best practice tips and examples for plan design.

END_OF_DOCUMENT_TOKEN_TO_BE_REPLACED 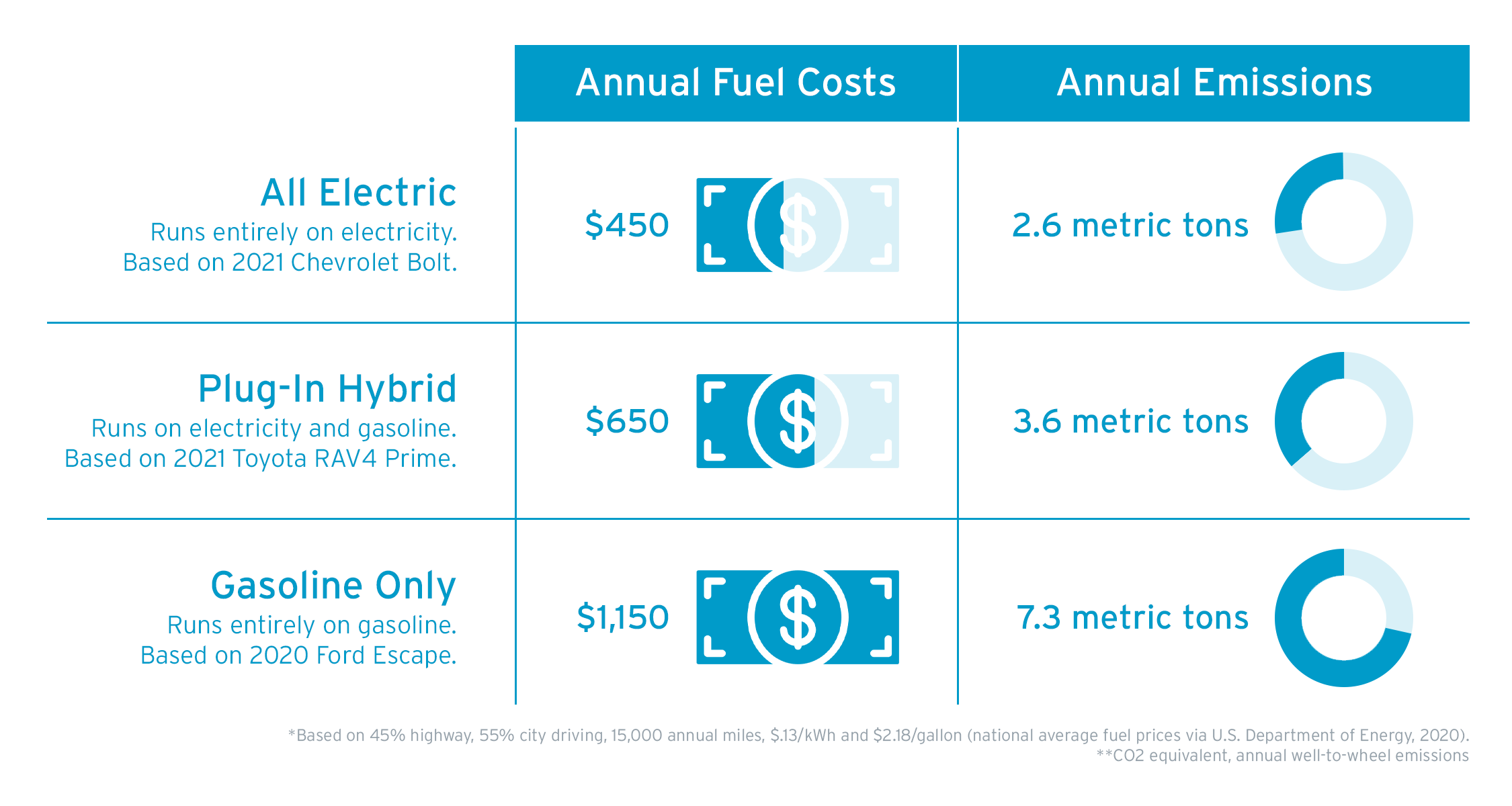 You can't escape the daily headlines about electric vehicles. And, no, we're not talking about the reaction to Time magazine naming Tesla CEO Elon Musk their Person of the Year.

Read/listen to/watch the news and you know that EVs are surging in popularity and everyone from auto manufacturers to elected officials can see the writing on the wall: EVs represent a huge opportunity for climate action.

Here are just a recent headlines:

Electric Vehicles May Control Half of Major Markets by 2030, Auto Execs Predict

Thus our Climate Solutions Series webinar on EVs on December 8th was well-timed and well-attended.

END_OF_DOCUMENT_TOKEN_TO_BE_REPLACED 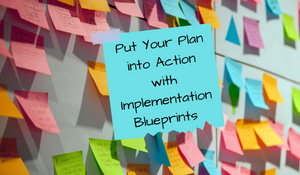 A Pledge is Nice. Plans are Important. But Implementation is How We Sink or Swim.

There were too many newsworthy headlines coming out of COP26 in Glasgow, Scotland, to count. Perhaps the image that will most define this international climate conference is that of the Tuvalu foreign minister giving his remarks -- "we are sinking" -- standing knee-deep in water to represent the threats to his and many other island nations from the climate crisis.

The point was very painfully made that we aren't moving as fast and as aggressively as we need to stop the most devastating impacts of climate change.

The focus at COP26 was often on the goals that countries are setting, pledges they are making.

At the local government level here in the US, many of us have already set ambitious goals and have crafted climate action plans that break down how we'll reach those goals through a series of actions that usually span the key sectors: buildings, energy, transportation and waste. COP26 saw even more commitments by or directly impacting local governments – the Clean Construction Coalition is just one example – that we hope will be an impetus for even more action.

Our challenge -- the one that will affect our communities and faraway sinking nations like Tuvalu -- is to take those promises, quickly turn them into action plans and then IMPLEMENT.

END_OF_DOCUMENT_TOKEN_TO_BE_REPLACED 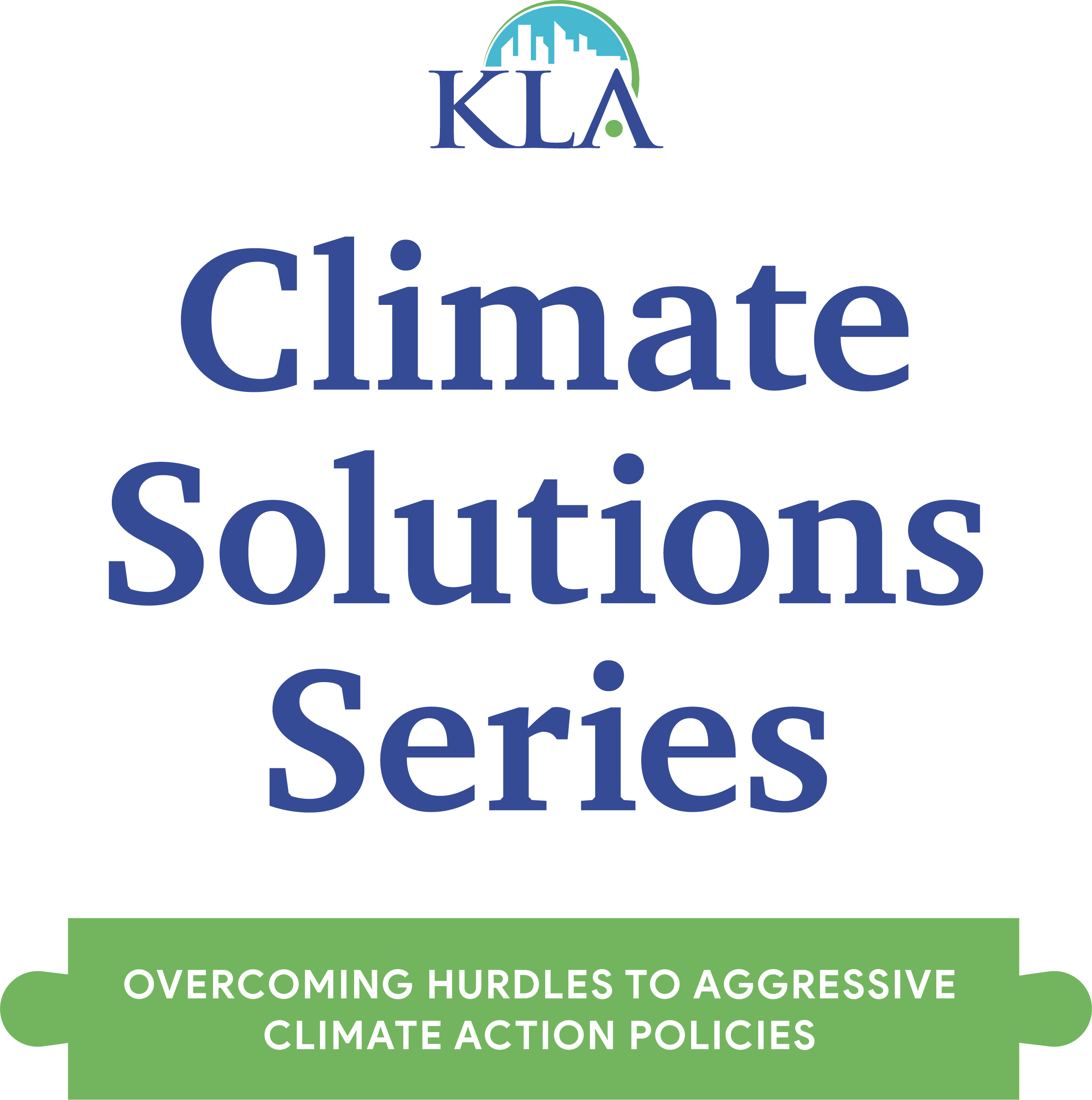 Experts tell us that we have less than a decade to significantly reduce GHG emissions to avoid the most dire impacts of climate change. This means local governments must take aggressive action now.

END_OF_DOCUMENT_TOKEN_TO_BE_REPLACED

Previous All posts Next